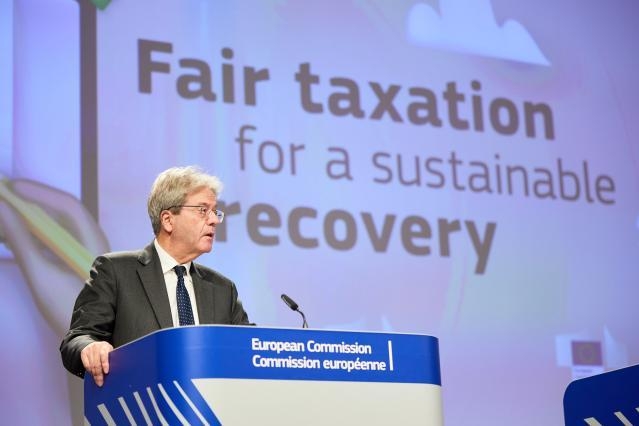 The European Commission has proposed a Directive ensuring a minimum effective tax rate for the global activities of large multinational groups. The proposal delivers on the EU’s pledge to move extremely swiftly and be among the first to implement the recent historic global tax reform agreement [1], which aims to bring fairness, transparency and stability to the international corporate tax framework.

The proposal follows closely the international agreement and sets out how the principles of the 15% effective tax rate – agreed by 137 countries – will be applied in practice within the EU. It includes a common set of rules on how to calculate this effective tax rate, so that it is properly and consistently applied across the EU.

An Economy that Works for People Executive Vice President Valdis Dombrovskis, said: “By moving quickly to align with the far-reaching OECD agreement, Europe is playing its full part in creating a fairer global system for corporate taxation. This is particularly important at a time when we need to increase public financing for fair sustainable growth and investment and meet public financing needs too – both for tackling the pandemic’s aftermath and driving forward the green and digital transitions. Putting the OECD agreement on minimum effective taxation into EU law will be vital for fighting tax avoidance and evasion while preventing a ‘race to the bottom’ with unhealthy tax competition between countries. It is a major step forward for our fair taxation agenda.”

Economy Commissioner Paolo Gentiloni said: “In October of this year, 137 countries supported a historic multilateral agreement to transform global corporate taxation, addressing longstanding injustices while preserving competitiveness. Just two months later, we are taking the first step to put an end to the tax race to the bottom that harms the European Union and its economies. The directive we are putting forward will ensure that the new 15% minimum effective tax rate for large companies will be applied in a way that is fully compatible with EU law. We will follow up with a second directive next summer to implement the other pillar of the agreement, on the reallocation of taxing rights, once the related multilateral convention has been signed. The European Commission worked hard to facilitate this deal and I am proud that today we are at the vanguard of its global rollout.”

The proposed rules will apply to any large group, both domestic and international, with a parent company or a subsidiary situated in an EU Member State. If the minimum effective rate is not imposed by the country where a low-taxed company is based, there are provisions for the Member State of the parent company to apply a “top-up” tax. The proposal also ensures effective taxation in situations where the parent company is situated outside the EU in a low-tax country which does not apply equivalent rules.

In line with the global agreement, the proposal also provides for certain exceptions. To reduce the impact on groups carrying out real economic activities, companies will be able to exclude an amount of income equal to 5% of the value of tangible assets and 5% of payroll. The rules also provide for an exclusion of minimal amounts of profit, to reduce the compliance burden in low risk situations. This means that when the average profit and revenues of a multinational group in a jurisdiction are below certain minimum thresholds, then that income is not taken into account in the calculation of the rate.

Minimum corporate taxation is one of the two work streams of the global agreement – the other is the partial re-allocation of taxing rights (known as Pillar 1). This will adapt the international rules on how the taxation of corporate profits of the largest and most profitable multinationals is shared amongst countries, to reflect the changing nature of business models and the ability of companies to do business without a physical presence. The Commission will also make a proposal on the reallocation of taxing rights in 2022, once the technical aspects of the multilateral convention are agreed.

The Commission’s tax agenda is complementary to, but broader than just the elements covered by the OECD agreement. By the end of 2023, we will also publish a new framework for business taxation in the EU, which will reduce the administrative burden for businesses working across member states, remove tax obstacles and create a more business-friendly environment in the Single Market.