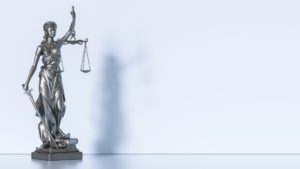 You can find the original article here: 17-year-old on trial in Munich for murder of sleeping girlfriend

A 17-year-old has been on trial in Munich since Friday for the alleged murder of a sleeping girlfriend three years younger than him. According to the indictment, he allegedly stabbed his acquaintance to death in October at night in her parents’ home in the Bavarian capital, where he regularly stayed overnight. The trial is being held before a juvenile chamber in camera.

According to a spokesman for the Munich I Regional Court, the young man made a confession at the start of the trial and expressed regret for his crime. The court initially set trial dates for the proceedings until August 2.

According to earlier statements by the public prosecutor’s office, there were indications of mental abnormalities in the accused. For several months, the teenager had maintained at least a friendly relationship with the 14-year-old girl and had repeatedly spent the night at her parents’ home. The alleged crime was also committed on such an occasion. The victim’s mother found her stabbed daughter lifeless in bed in the morning.

The 17-year-old initially fled, and a public manhunt was launched. While the police were still searching for him with a large contingent, two acquaintances of the young man, who were also teenagers, noticed him one day after the crime at a Munich S-Bahn station. They informed the security service, which then alerted the federal police. The 17-year-old was arrested.

Watch the full article 17-year-old on trial for murder of sleeping girlfriend in Munich and the video about it here on FLASH UP!