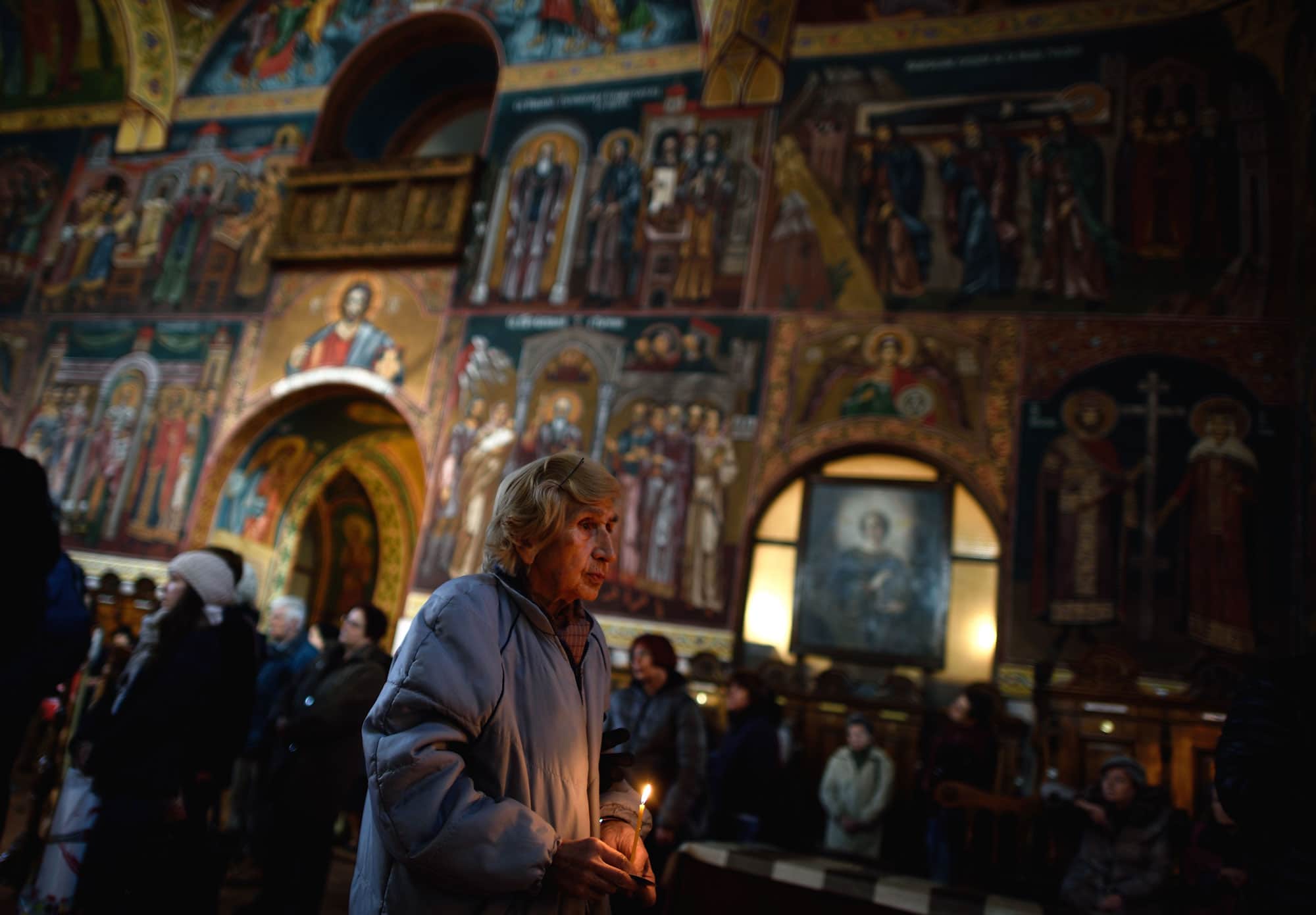 Petar Gramatikov is a  hierodeacon of the Bulgarian Orthodox Church, as well a Doctor, or Didaskalos, of the Universal Orthodox Church. He is currently the Chief Expert in religious questions in the municipality of Plovdiv, as well as Vice President of the Eastern European Forum for Dialogue-Bridges NGO, and serves as the United Religion Initiative – the biggest interfaith movement on earth – Trustee for Europe. Gramatikov sat down with New Europe to discuss some of the more pressing issues currently facing Eastern Orthodox Christianity.

Petar Gramatikov is a hierodeacon of the Bulgarian Orthodox Church

New Europe (NE): What do you see, in terms of similarities, between the repression of religion during Communist times and religious intolerance today?

Petar Gramatikov (PG): As an Eastern Orthodox theologian from Bulgaria I would like to make the observation that in Eastern Europe during the period of state totalitarianism, there was some sympathy and a sense of solidarity with other religions and religious philosophies, including new religious movements like the Church of Latter Day Saints or Scientology, due to the common problems we experienced. This included an interest to enter into dialogue with these other ideologies. This may not have held true once the various Orthodox churches came to occupy a more dominant position in the post-Communist governments of their respective countries, but it was a reflection of commonality against an atheistic enemy.

Metropolitan John Pelushi of Korçë in Albania once said that we have to confront the variety of changes and not merely defend ourselves from them in order to find original and creative solutions as part of our global responsibility.

NE: How important do you think interfaith relations are?

PG: The need to engage with other faiths was a major landmark in the field of inter-religious dialogue and was determined at the World Council of Churches in 1977 at a meeting in Chiang Mai, Thailand, where a group of Christians representing many different ecclesiastical traditions drew up Guidelines on Dialogue with People of Living Faiths and Ideologies.

These guidelines now serve as the basis for inter-religious dialogue sponsored by the Council and many other churches around the world. They were first published in 1979. It should be noted that the statement and the guidelines touch religions more specifically than ideologies.

It was also recommended that member churches should consider what action they can take in the following educational areas: Teaching programmes in theological seminaries and colleges to prepare Christian ministers with the training and sensitivity necessary for inter-religious dialogue; The development of church school materials for the study of people of other faiths and ideologies; The creative use of the media, radio, television etc., wherever possible, in order to reach a wider audience in efforts to expand understanding of people of other faiths and ideologies, etc.

NE: What are the standards we should all be aspiring to?

PG: The United Nations’ “Universal Declaration of Human Rights,” states that “the recognition of the inherent dignity and of the equal and inalienable rights of all members of the human family is the foundation of freedom, justice, and peace in the world.”

Regarding human rights in the Orthodox tradition, at the Holy and Great Council in Crete, Fr. Emmanuel Clapsis stated that the Orthodox churches living in a global culture have, in principle, embraced democracy and human rights but they are still struggling to cope with the implications of living in a democratic and free society.

From the Orthodox perspective, the benefits come from interfaith cooperation and significant dialogue in an all-inclusive way through mutual questioning of the understanding partners have about themselves and others. His Holiness Ecumenical Patriarch Bartholomew reiterates both the importance of human rights and their basis in the divine image, by stating that Orthodox spiritual teaching assures us that Orthodox Christians must always respect the human rights of others.

NE: Do you think that Russia is correctly responding to these challenges today?

PG: While persecuted religious believers around the globe ultimately place their trust in their God, they also hope they are not forgotten by the free nations of the world.

Some months ago, a relevant question was posed to Russian President Vladimir Putin during a session of the Council for the Development of Civil Society and Human Rights, The question was in relation to Jehovah Witnesses being placed on the country’s list of extremist organisations, ,” to which Putin replied that “This is complete nonsense and it is necessary to deal with this attentively…we must be much more liberal and treat representatives of all religions in the same way. (We must not) classify them as some kind of destructive or terrorist organisation.

We should remember, whether it be in Russia or elsewhere, that the state should not interfere in the religious life of its citizens. Everyone is free to believe or not to believe. Sergey Hudiev from the Russian Orthodox daily online edition PRAVMIR, recently wrote that “The persecution of Jehovah’s Witnesses generates a number of severe side effects.”

The first of these side effects is the actual curtailment of religious freedom. This freedom means that a person can be a heretic (in the eyes of the Orthodox Church) – yet this will not affect his relations with the state in any way…One could even attribute the “extremism” of the Church in the same way – as being heresy.”

This content is part of the ‘Religious Freedom’ section supported by the Faith and Freedom Summit Coalition.