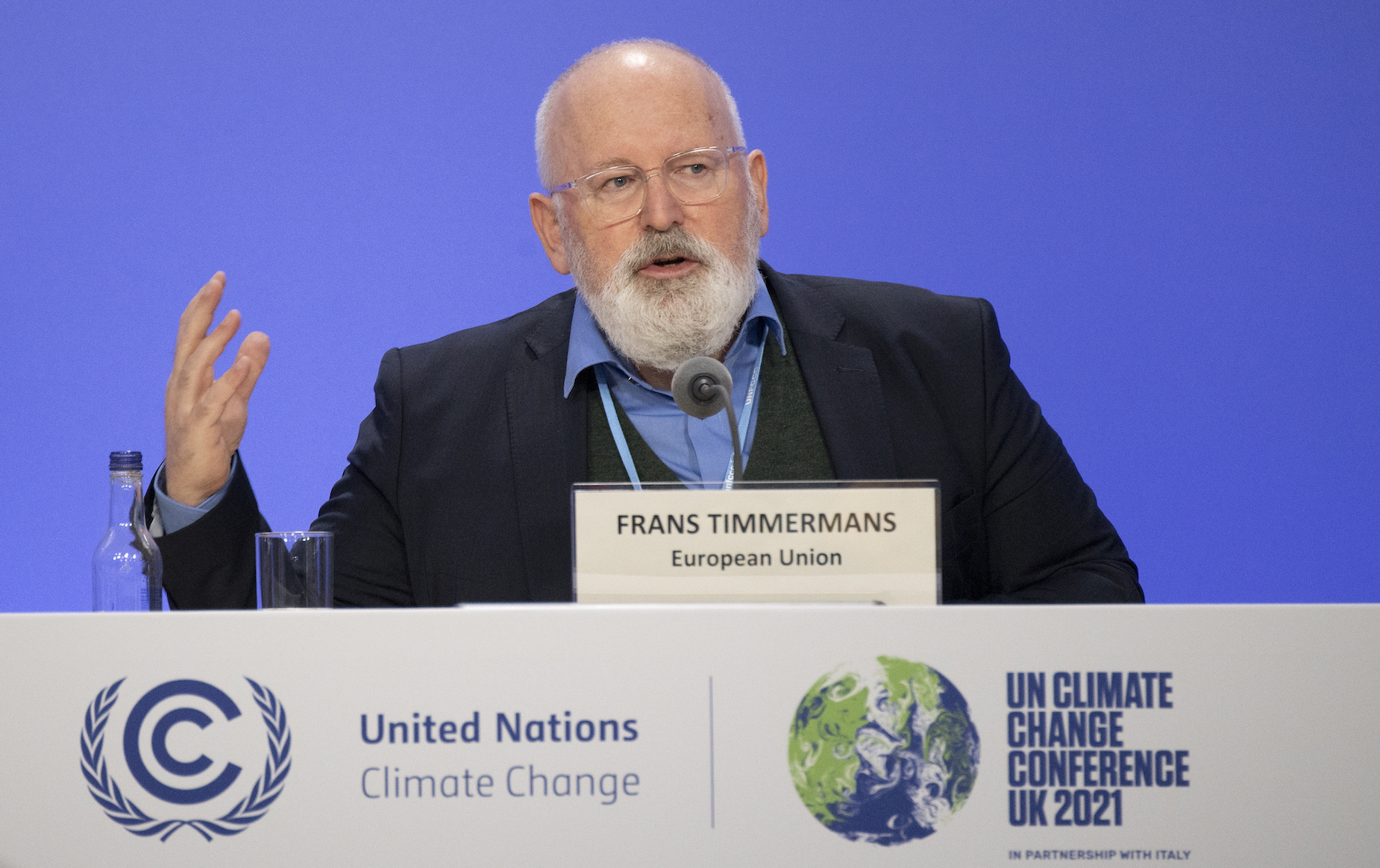 At COP26 in Glasgow, the European Commission has announced a new pledge of €100 million in finance for the Adaptation Fund.

“We have to scale up international climate finance and provide a predictable framework for its delivery, EU Commission Executive-Vice-President Frans Timmermans said. “The Adaptation Fund can play a key role and that is why I am pleased to announce for the first time that the European Commission is committing €100 million to the Fund, to support developing countries,” he added.

This additional €100 million contribution from the EU budget is by far the biggest pledge for the Adaptation Fund made by donors at COP26, the Commission said that it comes on top of significant contributions already announced by Member States, and also confirms the EU’s supporting role to the informal Champions Group on Adaptation Finance. The contribution will be made in a way that is compatible with EU financial rules. It underscores our determination to scale up finance to support climate adaptation objectives, and to strike a better balance between mitigation and adaptation, particularly in the most vulnerable countries and for the benefit of their most vulnerable populations, the Commission said, adding that this applies first and foremost to Least Developed Countries and Small Island Developing States.

International public climate finance plays an important role in helping developing countries to implement the 2015 Paris climate change agreement. Adaptation finance is one of the central topics of discussion at COP26 in Glasgow, and it is a high priority for the European Commission. The EU is already the largest provider of international climate finance. In 2020, the EU and its 27 Member States committed €23.39 billion in climate finance to support developing countries in reducing their greenhouse gas emissions and adapting to the impacts of climate change.

In February 2021, the Commission adopted a new EU Strategy on Adaptation to Climate Change, setting out the pathway to prepare for the unavoidable impacts of climate change and become climate-resilient by 2050 in the European Union and around the world. It charts a course to make adaptation efforts smarter, swifter and more systemic in the years ahead, and also aims to significantly step up international action on adaptation. In October 2021, the EU submitted the Adaptation Strategy to the UNFCCC as part of its Adaptation Communication in line with its commitments under the Paris Agreement.

Since 2010, the Adaptation Fund has committed nearly $868 million for climate change adaptation and resilience projects and programmes, including 126 concrete, localized projects in the most vulnerable communities of developing countries around the world with 31.5 million total beneficiaries.