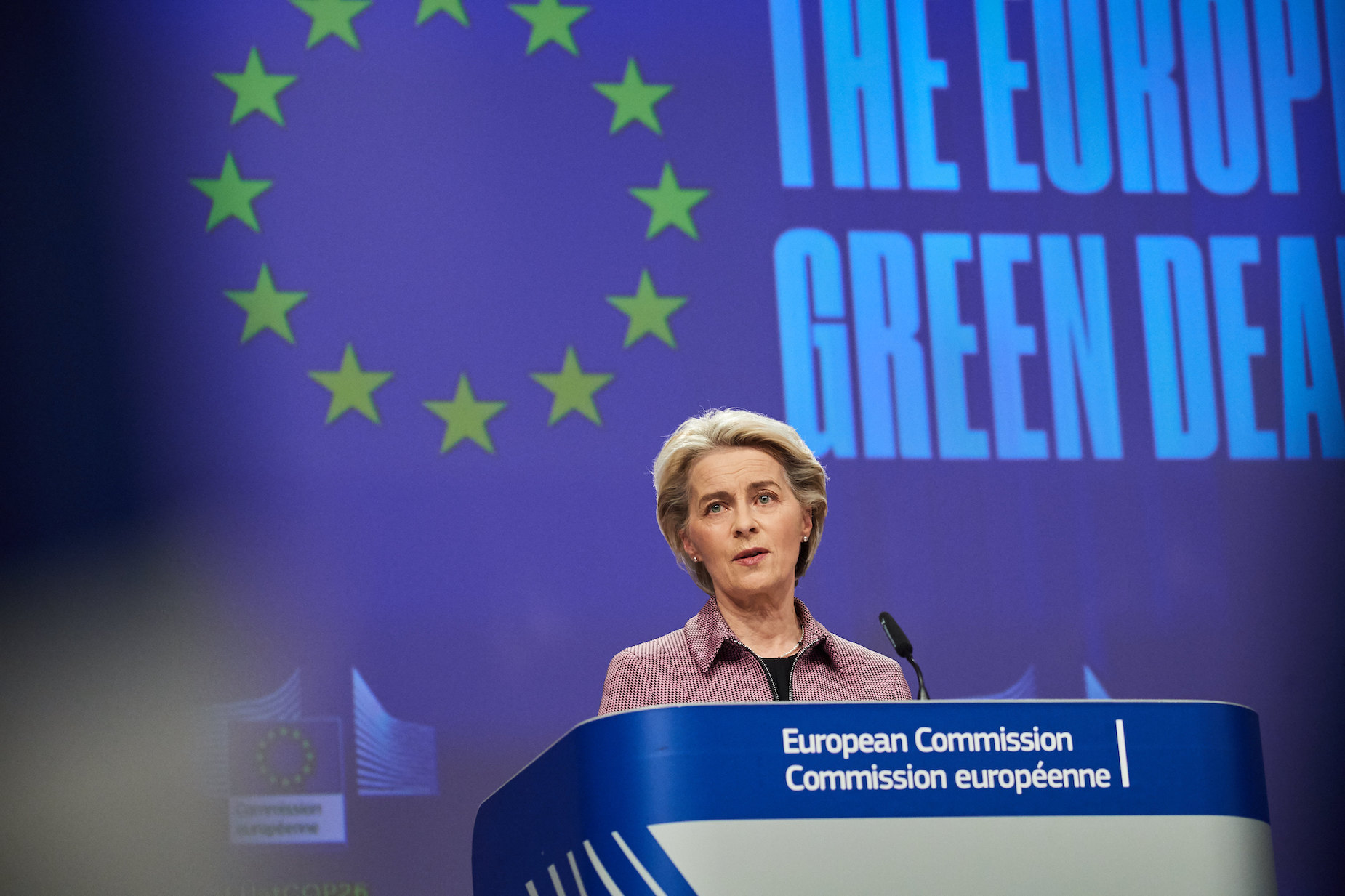 Ahead of the G20 Summit in Rome this weekend and then back-to-back COP26, European Commission President Ursula von der Leyen said on October 28 the world needs leadership for credible commitments for decarbonisation to reach the goal of net zero by mid-century.

“As I said, we have the 20 most advanced economies around the table. These 20 largest economies also represent 80% of the emissions worldwide. And therefore, we have a special responsibility to act. The commitments that will be taken in Rome on climate change will somehow be also of course a pace-maker for the COP26. What we need is, first of all, leadership,” von der Leyen said.

“We need leadership for credible commitments for decarbonisation to reach the goal of net zero by mid-century, but we also need sufficient commitments to really cut the emissions this decade. Science is very clear on that. Science tells us that it is urgent. We are not yet on track right now. Climate change is man-made, so because it is man-made we can do something. But we have to act, we have to better deliver, and only that would enable us to keep within the goal to limit the global warming to 1.5 degrees Celsius,” she added.

An important topic – not only in G20 but then also in COP26 – will be climate finance. “As you know, we have promised to deliver, year by year, $100 billion to the least developed and most vulnerable countries concerning climate change, adaptation and mitigation. And we need to deliver that. There are, if we look at the statistics, now finally encouraging developments. According to the latest report by the German and the Canadian governments, we will exceed the USD 100 billion target in 2023. So we are making progress, but I think that we have to try harder. We should look at providing the USD 100 billion already next year,” von der Leyen said. “There is still a small gap and I think that we should put a lot of emphasis and try to close that gap,” she added.

The Commission President reminded that the EU and its Member States are already the largest contributor to climate finance, with more than $25 billion per year. “I also expect this number to go up in the next days. And I pledged, on top, a top-up of $5 billion until 2027, expecting others also to increase their ambition,” she said.

According to the Commission President, COP26 is mainly resting on three pillars. “The first pillar is about ambition. So the big question is: Do we get significant commitments to cut the emissions to actually allow us to stay well below 2 degrees Celsius, and close to 1.5 degrees Celsius of global warming?” Von der Leyen asked.

“If we look at the latest UN Emissions Gap Report, that shows that currently the NDCs do not meet the goals of the Paris Agreement, and thus we are still on a very dangerous course of more than 2 degrees Celsius of global warming. This is worrisome and we have to get better there. The second pillar is about climate finance – I was just referring to that. And the third pillar is about the rulebook on international carbon markets,” she said. “So, we need to make progress on these three points mainly during COP26: It is the ambition of cutting more emissions now; it is the climate finance for the least developed and most vulnerable countries; and it is completing the rulebook. And I expect the negotiators to do their outmost, that we really advance in those three topics,” Von der Leyen added.

Europe is on track to become the first climate neutral continent in the world by 2050. “We have a new number that shows something interesting because we have already reduced our emissions by more than 31% compared to 1990, while growing our economy by 60%. And I think that this is an encouraging message that shows that you can cut emissions and prosper; you can reduce the greenhouse gas emissions, you can produce in a cleaner, healthier and more sustainable way, while growing your economy. And this is exactly what we have to show to the world and that we have to show to our people. And our people are expecting us to progress on that,” Von der Leyen said.

“It is good to see that many more countries have signed up to net zero by mid-century. But what we also need now are not only targets, but we need very concrete plans and immediate action on the ground really to show in detail how we are going to get to reach those targets within this decade. The longer we wait, the more expensive it will become. And therefore, it is about action now,” she said.

The EU will launch several new actions at COP26. Together with US President Joe Biden, von der Leyen will launch the Global Methane Pledge. “Under this Pledge, we commit to reducing methane emissions by at least 30% by 2030. If you look at the greenhouse gas emissions, methane is the lowest-hanging fruit. It is 80 times more warming than CO2, so there is an urgent need to do something, and there is a lot we can do. And therefore, I am glad that, by now, 60 countries joined us so far. And of course, we are encouraging others to join this ambition,” Von der Leyen said.

The second initiative will be that the EU President will announce a financial contribution of €1 billion to the Global Forest Pledge. That includes €250 million to the Congo Basin. “You know that protecting our forests worldwide is a priority for the European Union. Forests are our best allies in fighting climate change, so we really need to protect them,” she said.

“The third initiative we will launch is on innovation. Innovation is key to fight climate change and to progress into a circular economy with clean producing procedures and more sustainable consumption.  And therefore, future technologies will be the key to help cut emissions. We want to demonstrate – and this is the core of this initiative – that investment in green innovations pays off. So in Glasgow, I will launch a partnership, together with Bill Gates and his programme ‘Breakthrough Energy Catalyst’. We join forces there. The aim is to prove that if you have a breakthrough innovation, of course at the very beginning it is a bit more expensive. But, if we release that green premium, we help this innovation to be faster and to be market-feasible and to better scale up at the markets, such as, for example, innovation in clean hydrogen, sustainable aviation fuels, carbon storage, carbon capture and the energy storage – just to name the four fields where we will be investing in,” Von der Leyen said.

“Last but not least, fourth initiative that we will presumably start – we are still working on it –, that is joining the US, the UK, Germany, France and the European Union, to launch, together with South Africa, a Just Energy Transition Partnership. The idea is that the countries support South Africa to phase out of coal faster, and to go earlier and faster into developing renewables,” Von der Leyen said, adding, “We are still working on that but I am confident that we are going to launch this new proposal and then this partnership could become a template on how to support just transitions around the globe, with sponsoring countries and countries that have to move on faster in the just transition”.