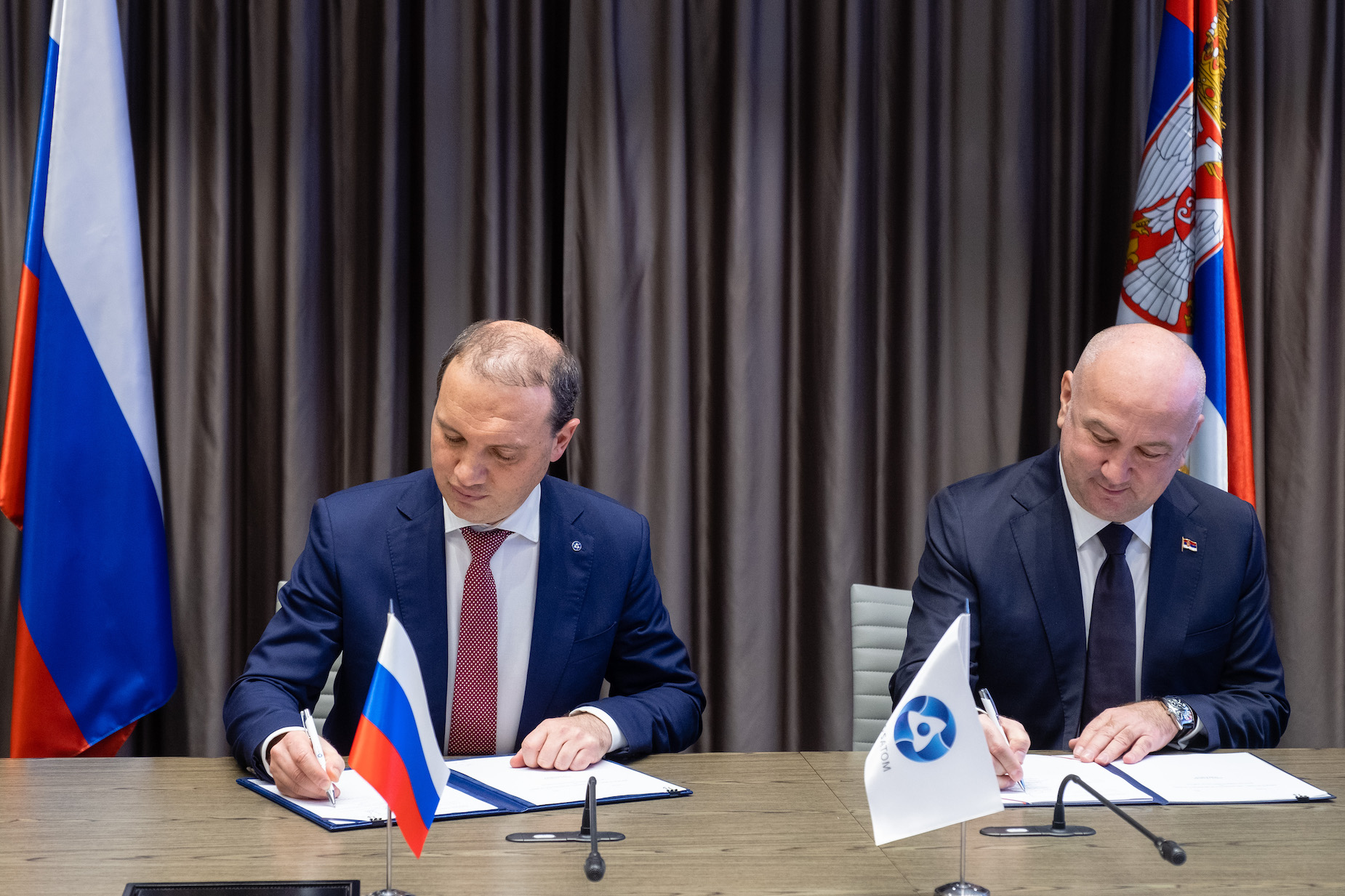 The Serbian government and Russia’s state atomic corporation Rosatom signed a General Framework Agreement to construct a Center for Nuclear Science and Technology (CNST) and an agreement to form a joint venture that will implement the project in Serbia, Rosatom said on December 9.

Under the agreements, a Nuclear Medicine Center with a cyclotron complex and radiopharmaceutical production facilities will be built in Serbia within the next three years.

“It is a historic day in the relations between Serbia and Russia. Following the agreement between our leaders, Serbian President Aleksandar Vucic and Russian President Vladimir Putin, we have signed the agreements that bring Serbia back on the map of European countries that have a base for scientific research in nuclear technology,” Popovic said. “This will help Serbia to address the challenges in healthcare, science and research; we are already receiving requests from our neighbouring countries that would like to use the capacities of the centre and our scientists. The signing of these agreements opens up new prospects for the development of relations between Serbia and Russia in the area of nuclear technology,” he added.

Rosatom Director General Alexey Likhachev also hailed the agreement. “We are very happy that, together with our Serbian partners, we have identified specific steps and a preliminary timeline for implementing this project, which employs Russian innovative nuclear technologies. The radiopharmaceutical complex and the nuclear medicine centre will provide Serbian citizens with high-tech medical solutions to treat, above all, oncology conditions,” Likhachev said.

Pakermanov noted that as part of Rusatom’s joint venture with Serbia, they will construct a modern radiopharmaceuticals production facility for the diagnosis and treatment of various diseases using the initial stage of construction facilities. “This will make a significant contribution to the development of advanced nuclear medicine in Serbia and in the region as a whole. We plan to start working on the practical implementation of this project as early as in 2022,” he said.