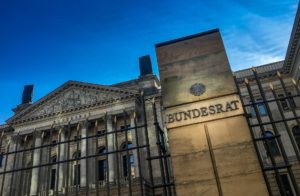 You can find the original article here: Bremen introduces motion for excess profits tax in Bundesrat

In the debate on a tax on excessive corporate profits in times of crisis, Bremen on Friday introduced a resolution on the introduction of an excess profits tax in the Bundesrat, the upper house of the German parliament, as announced. This is intended to call on the federal government to submit a proposal for the temporary levying of such a tax. Bremen’s demand was also joined by Berlin and Thuringia in the state chamber.

According to the three states, the Bundesrat should ask the federal government to submit a proposal for the temporary levying of an excess profits tax for 2022 in order to impose a tax on crisis-related excess profits, particularly in the energy sector. This would then be used to finance government relief measures, which are becoming more urgent in view of the current broad-based price increases.

An excess profits tax is currently being discussed against the backdrop of the war in Ukraine, the economic consequences of which are causing problems for many companies but are also enabling significantly higher profits in individual sectors.

The motion states that there are some profit increases that are “not the result of increased economic activity or investment”, but result “solely from the market distortions caused by the crises”.

At the same time, there were high costs for the public sector. It was therefore “justified to subject part of the excess profits generated in this way to a tax or levy for a limited period in order to contribute to the financing of government support and relief measures.

Bremen’s mayor, Andreas Bovenschulte (SPD), referred on Friday to billions in profits made by oil companies in the face of rising energy prices and stressed that he considered an excess profits tax to be not only “absolutely necessary” to secure social and societal peace. It was also imperative “in order not to endanger the sustainability of public budgets and to keep new debt within reasonable limits.”

The bill was referred for further discussion to the specialist committees, which will now deal with it from June 20. Once they have completed their deliberations, the bill will return to the plenary agenda of the Bundesrat. A vote will then be taken on whether the Bundesrat should pass the resolution and forward it to the federal government.

Watch the full article Bremen introduces motion for excess profits tax in Bundesrat and the video about it here on FLASH UP!