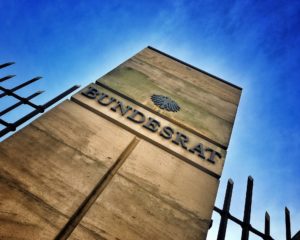 You can find the original article here: Pensions, weapons, minimum wages: the most important results of the Bundesrat session

In its meeting on Friday, the Bundesrat dealt with some of the key legislative projects of the federal government. These can now be implemented – the state chamber gave the green light.

The more than 20 million pensioners can already look forward to significantly higher payments in the next transfer. As of July 1, old-age pensions will rise by 5.35 percent in western Germany and by 6.12 percent in eastern Germany. Reduced earning capacity pensions will also rise.

A minimum wage of twelve euros gross per hour will apply in Germany from October 1. Almost seven million people in the low-wage sector are to benefit from this. Currently, the minimum wage is 9.82 euros; on July 1, it will rise to 10.45 euros as planned. To raise the minimum wage to twelve euros, the German government bypassed the commission that is actually responsible for setting it. The mini-job limit is to be raised in parallel from 450 euros to 520 euros.

The 100 billion euro program to modernize the German armed forces can go ahead: With the required two-thirds majority, the chamber of the German states voted in favor of anchoring the special fund in the Basic Law. The four states in which the Left Party is in government abstained: Berlin, Bremen, Thuringia and Mecklenburg-Western Pomerania. The Bundesrat also gave the green light for the law, which regulates the details of the financing. Plans include the acquisition of modern F-35 fighter jets, new corvettes for the navy and new tanks.

in nursing homes and hospitals who have been particularly burdened during the Corona pandemic will once again receive a bonus payment to reward their special services during the Corona pandemic. The bonus is graded according to qualifications, working hours and proximity to care. A maximum of 550 euros will be paid to full-time employees in direct care of the elderly. Specialists in hospitals who are under particular strain will receive more – in individual cases, the bonus can be up to 2,500 euros.

Sanctions for violations of obligations by Hartz IV recipients will be largely suspended for one year. Penalties will only be imposed in the event of exceptional failure to report to work – and then only in the amount of ten percent instead of up to 30 percent of pay. Refusal to accept a job will no longer lead to a sanction. The suspension of Hartz IV sanctions is the precursor to the citizen’s income planned by the traffic light coalition.

With the approval of the Bundestag, several tax law measures to deal with the Corona crisis can now come into force. Corona-related special employer benefits will in future be tax-free up to €4500. The tax exemption of employer subsidies for short-time working allowances and seasonal short-time working allowances will be extended until the end of June 2022, and the home office allowance until the end of the year.

Citizens who previously did not have adequate access to Internet or voice communications services will for the first time have an individual legal entitlement. The Bundesrat approved an ordinance issued by the Federal Network Agency that sets minimum requirements for Internet access. Providers must offer bandwidths of at least 10.0 megabits per second (Mbit/s) for downloads and at least 1.7 Mbit/s for uploads.

Residents on detour routes will in future be reimbursed by the federal government for noise abatement. This provision applies to cases where traffic is diverted to other roads due to the long-term full closure of a federal trunk road and the noise level there increases by at least three decibels. Among other things, the installation of specially insulated windows can be financed.

Watch the full article Pensions, weapons, minimum wages: The most important results of the Bundesrat session and the video about it here on FLASH UP!