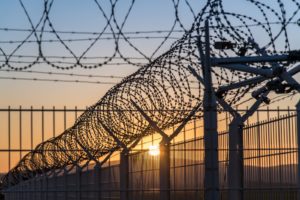 You can find the original article here:

officials on trial for alleged violence against foreign inmates

A trial against five prison officers for alleged violence against foreign inmates has begun at the Dresden District Court. According to a court spokeswoman, the defendants denied on Friday that they had used violence against prisoners. The correctional officers are charged with assault in the line of duty, among other things.

According to the indictment, they allegedly beat and kicked foreign prisoners in part at the Dresden correctional facility (JVA) in 2018. According to the indictment, two defendants allegedly forced a detainee to the ground in July 2018 and threw several punches at his upper body and head. One of these officers and two other defendants allegedly also took another prisoner to the ground and tied him up. While one defendant was kneeling on the man’s head, the others allegedly kicked and punched his upper body.

Another defendant is accused of pushing a third prisoner in August 2018 in the latter’s submerged detention room in such a way that the latter hit his head against a door frame and sustained a bleeding head wound as a result. This defendant is also alleged to have sent in February of the same year via the messenger service Whatsapp to a group of 16 members a photo taken by him of a foreign prisoner, which showed him lying in a detention room. According to the court spokeswoman, the defendant admitted this accusation at the start of the trial.

Three more dates have been set for the trial. A verdict could come on June 27.

Watch the full article JVA officials on trial for alleged violence against foreign inmates and the video about it here on FLASH UP!