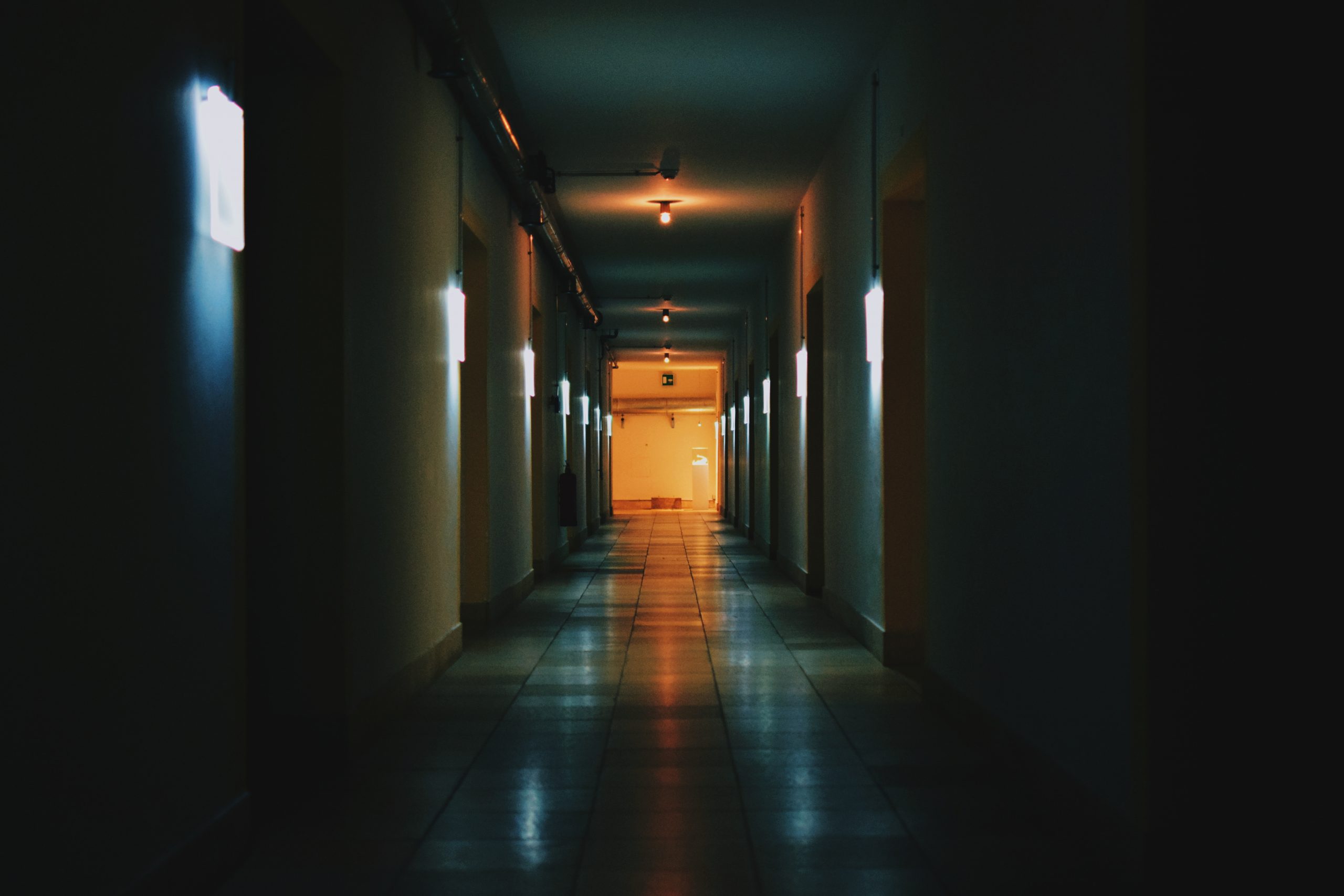 Vienna (OTS) – After two Corona editions, Europe’s largest open-air concert spectacle, the Vienna Danube Island Festival, is returning to its tried and tested mode this year and will be staged for the 39th time from Friday, June 24 to Sunday, June 26, 2022. The event, which is free of charge for visitors, will once again be held in cooperation with Ö1, Ö3, FM4, ORF Vienna and ORF Lower Austria. ORF will once again be present live as a broadcaster, broadcasting the best acts and program highlights from the various venues and providing comprehensive coverage of the festival events. On all three days, ORF III will once again present concert highlights and cabaret programs live time-delayed from the island, as well as reunions of performances from earlier years, plus documentaries, special programs and cabaret classics. The radios – Ö1, Ö3, FM4, Radio NÖ and Radio Wien – also broadcast live from the Donauinselfest.

In ORF 2, on Thursday, June 23, in “Guten Morgen Österreich” (starting at 6:30 a.m.), the ORF gymnast of the nation, Philipp Jelinek, will talk about his “Mega – Gymnastics Hour” on the Danube Island, to which thousands of athletic Austrians are expected and in which everyone who can and wants to can participate on June 25. On Saturday, June 25, starting at 11:00 a.m., “Fit mit Philipp – live from the Danube Island” will be on ORF 2’s program: on the Radio Wien Festival Stage, Philipp Jelinek will demonstrate important exercises for one hour – accompanied by amateur athletes and celebrities doing gymnastics with him on stage. For the action, which organizes the ORF together with the Austrian health insurance company, own T-Shirts are available in the apron, whose net proceeds go completely to light into the darkness (details under
https://extra.orf.at/play-story/fit-mit-philipp-donauinsel100.html)
musically framed by a volume, which composed even its own fit with Philipp Song. An hour full of energy and the joy of movement.

For three days, from Friday, June 24, to Sunday, June 26, 2022, ORF III presents a diverse program around the Danube Island Festival 2022 with live time-shifted broadcasts of this year’s concert highlights and cabaret highlights, supplemented by, among other things, best-of broadcasts from earlier years.

To set the mood for the evening, on Saturday the ORF III documentary series “Soundtrack Austria” takes viewers through seven decades of Austrian music and history: “Von heiler Welt und Rock ‘n’ Roll” (7:40), “Von Minirock und Jugendrevolte” (8:25), “Von Glockenhosen und Austropop” (9:15) and “Von Schulterpolstern und Hitexporten” (10:05). After that, recordings of Donauinselfest performances from past years are on the schedule:
“Sternstunde des Austropop – Die besten Momente” from 2021 (10.50 am), “Falco – Der Falke ist wieder da” from 1993 (11.55 am), Rainhard Fendrich from 2017 (12.25 pm), Wolfgang Ambros & die No.1 vom Wienerwald from 2019 (1.35 p.m.), Seiler & Speer from the previous year (2.45 p.m.) and Gert Steinbäcker from the 2018 Donauinselfest (4.20 p.m.). After a successful program by the cabaret duo Pizzera & Jaus recorded in 2018 (5.30 p.m.), ORF III will also broadcast live time-delayed from this year’s Donauinselfest on Saturday, starting with a “Best Of Musicalstars” (6.35 p.m.) by Vereinigte Bühnen Wien, which will present a musical medley from the successful production “Rebecca” with stars such as Mark Seibert and other musical favorites. This will be followed by performances by Skolka (7.10 p.m.), Stefanie Werger (8.15 p.m.), Umberto Tozzi (9.20 p.m.) and Peter Cornelius (10.25 p.m.). Finally, two cabaret programs bring the evening to a close: “Klaus Eckel: Zuerst die gute Nachricht” (23.45) and “Gery Seidl: Sonntagskinder” (0.55).

Hitradio Ö3 will broadcast a special program hosted by Benny Hörtnagl live from the island on Friday, June 24, from 12.00 to 16.00 and will open the Donauinselfest 2022 with the big Ö3 stage – with a line-up to be proud of: Austrian pop musician Tina Naderer kicks things off, followed by US singer-songwriter Ray Dalton, chart-topping Austrian Mathea and the successful local duo Edmund. The crowning finale is provided by musician, singer and songwriter Nico Santos with his hits such as “Rooftop” or “Better”. The Ö3 weather editorial team will keep a close eye on the festival weather throughout the weekend: Ö3 meteorologists Sigi Fink, Nicola Biermair and Carmen Schüssling report live from the Danube Island – on Friday from 5:00 a.m. to 6:00 p.m., on weekends from 6:00 a.m. to 6:00 p.m. Photo spreads, the best clips, exciting reports and all information about the Ö3 stage can be found on the Ö3 homepage (oe3.orf.at) from June 24.

Ripe for the island with FM4

On Sunday, June 26, the big festival stage will become the FM4 stage – with performances by Jan Delay & Disko No 1, Mavi Phoenix, Eli Preiss, Sharktank, Verified, Lawrenco and Zelda Weber. The program starts at 4 p.m. and will be broadcast live on FM4, hosted by Pauline Binder and Christoph Sepin. Of course, the FM4 booth will also be on site including festival-worthy tattoos, stickers and posters.

From June 24 to 26, the Ö1 Kulturzelt on the Danube Island will once again feature cabaret, Viennese song and world music – this year with Thomas Maurer, Marina & The Kats, Uta Köbernick, Familie Lässig, Kathie Straßer, Erwin Steinhauer & his loved ones, Ernst Molden and Ursula Strauss, among others. Ö1 will broadcast all three evenings live from the Danube Island starting at 6:15 p.m. each evening – all details at https://oe1.orf.at/donauinselfest.

Radio Wien and Radio NÖ from the island

Radio Vienna reporter Hadschi Bankhofer will be on the Danube Island for the listeners, mingling with the guests and capturing the festival atmosphere up close. In addition, Stadtradio will broadcast spot-on weather information live from the island. Details about the program and the final preparations can be heard on Radio Wien as early as Tuesday.

“Wien heute” will report live from the island on all three days of the Danube Island Festival, with atmosphere reports, star interviews and backstage impressions. On Saturday, the entire city magazine with presenter Elisabeth Vogel will be broadcast from the “Wien heute” outside studio. Headliner Peter Cornelius joins the show live for an interview on Saturday.
Highlights from stars and fans can be seen on the ORF Vienna social media platforms.

There will also be a lot of action on the Radio-NÖ stage at the Donauinselfest 2022: On Friday, June 24, hosts Elisabeth Engstler and Jennifer Frank will present Sigrid & Marina, Allessa, Insieme and Melissa Naschenweng & Band starting at 5:30 pm. On Saturday, June 25, the program on the Radio Lower Austria stage starts at 3.30 p.m.: with presenters Elisabeth Engstler and Andreas Hausmann, guests include:
Natalie Holzner, Gregor Glanz & Band “Shine”, Petra Frey, Marco Ventre & Band and the Nockis. Also on Sunday, June 26, Elisabeth Engstler and Andreas Hausmann will host from 3:30 pm. Also taking part are: Die Lauser with guest Markus Krois, Die Grubertaler and Elisabeth Engstler & Band with guests Simone, Gary Lux and Waterloo. The multiple Song Contest winner Johnny Logan and his band will close the show. Radio NÖ and “NÖ heute” will also report extensively on the island events.

The Danube Island Festival 2022 is also a topic on numerous channels of the ORF.at network – from news.ORF.at and wien.ORF.at to the sites of the radios Ö1, Ö3 and FM4. Fans will not only find details of the program, but can also keep up to date with all the highlights and the latest happenings on the Danube Island in numerous stories. On the ORF TVthek, ORF broadcasts and reports from the Danube Island Festival are available as a live stream and as video-on-demand (as part of an “In Focus” focus), provided the corresponding online licensing rights are available. ORF TELETEXT reports in its current coverage and presents the program in its culture and show magazine on page 415.

The article Ripe for the island! Donauinselfest 2022 live on ORF appeared first on TOP News Austria – News from Austria and around the world.