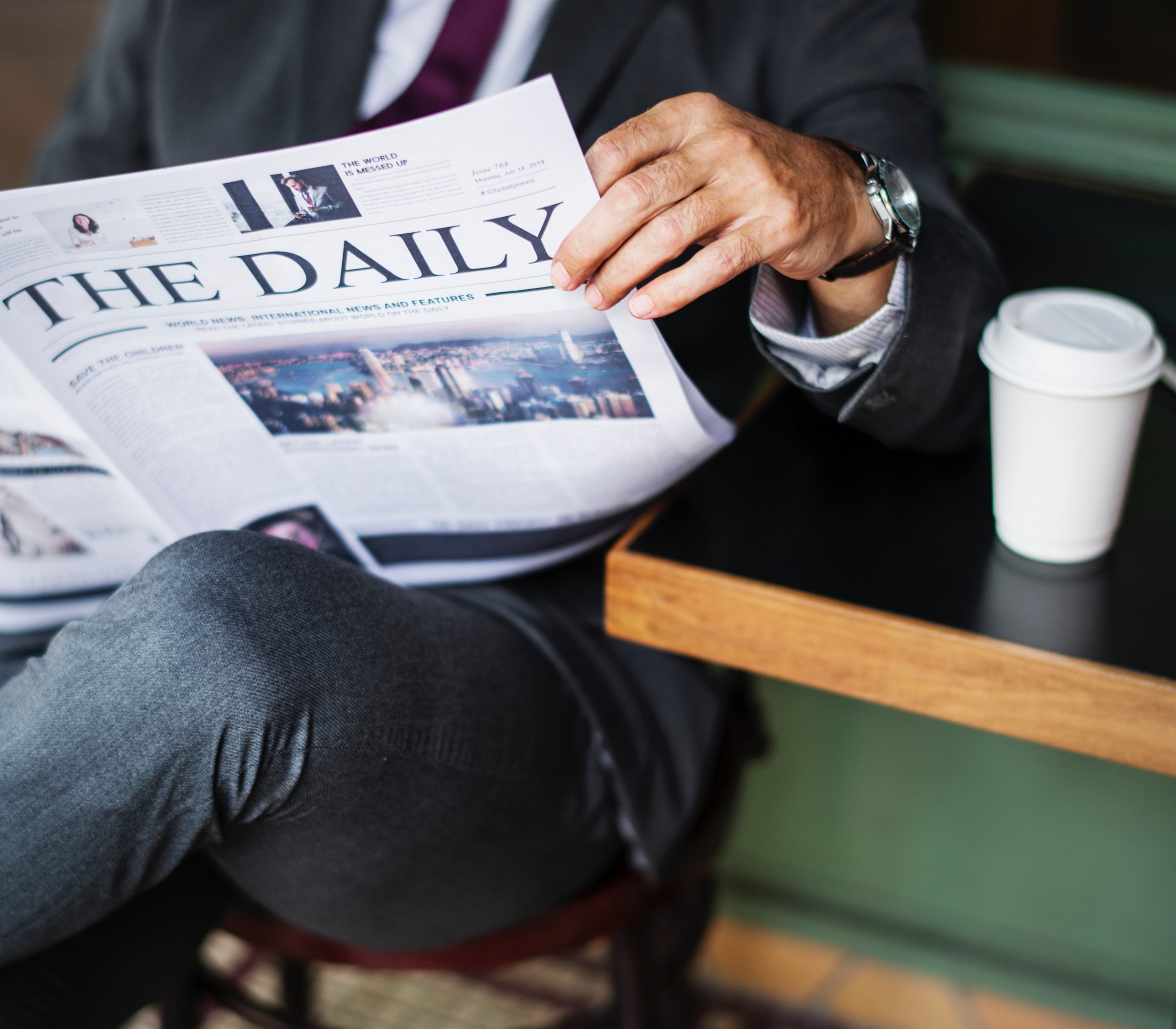 Vienna (PK) – Two laws to strengthen consumer:internal protection in view of the increasing digitalization of trade were dealt with by the Economic Affairs Committee today. The background is the so-called Modernization Directive of the EU, which updated four EU directives on consumer:internal protection. The new EU directive is now being cast into Austrian law in the form of two implementing laws. The regulations are aimed at combating unfair terms in consumer contracts and unfair business practices. One of the issues is greater transparency in online marketplaces. Other issues include price quotations and the improved enforceability of consumer rights. Penalties for infringements are to be increased significantly. The two amendments were passed by a majority, without the votes of the NEOS.

The agenda also included motions by the FPÖ and NEOS to reduce chamber contributions. In addition, the NEOS demand transparency in the use of contributions from the Chamber of Commerce, including a “head ban” on advertisements. The NEOS are also in favor of changes to opening hours in favor of self-service shopkeepers and want the delivery of everyday products to customers to be allowed on Sundays as well. The SPÖ wants an increase in apprenticeship subsidies and an earmarking of excess profits from energy companies. All opposition motions were postponed by the ÖVP and the Greens.

Two implementation bills to anchor the EU’s so-called Modernization Directive in Austrian law were passed by a majority of votes in the Economic Affairs Committee today. This means that five laws regulating consumer:inside rights will be redrafted. An amendment tabled by the Austrian People’s Party (ÖVP) and the Green Party (Grüne) in the committee served to clarify the provisions on the entry into force.

The EU’s modernization directive responds to the increasing digitization in the movement of goods, for example by extending the respective areas of application to digital content and digital services. In addition, there is more transparency in online marketplaces through extended information requirements, a new, stricter sanctions regime and an addition to individual legal protection for consumers. New prohibitions concern, for example, the marketing of products in the same way despite their different composition (“dual quality”). Changes are also made to the right of withdrawal. In addition, the Modernization Directive provides for new regulations on the labeling of price reductions.

The so-called Modernization Directive Implementation Act, which was drafted by the Ministry of Justice, makes changes to the Consumer Protection Act and the Distance and Out-of-Home Transactions Act (1529 d.B.). In addition to contracts for digital content and digital services, it deals with the information obligations of companies, which are adapted to technological developments. In addition, the transparency obligations for operators of online marketplaces are updated. The right of withdrawal is also regulated in cases where, at the consumer’s request, performance of the contract has begun before the withdrawal period has expired. In the future, a distinction will be made between contracts that oblige the consumer to make a payment and contracts under which the consumer merely provides personal data. In addition, extensions of the right of withdrawal in connection with aggressive or misleading marketing and sales practices are planned. In the case of measures to enforce consumer:inside rights taken as part of coordinated actions to punish widespread infringements or widespread infringements with a Union dimension, fines with a very high penalty range may also be imposed in the future.

The so-called Second Modernization Directive Implementation Act was prepared by the Ministry of Economy (1530 d.b.). The amendments concern the Federal Act against Unfair Competition and the Federal Act on Pricing. The protection for consumers in the event of damage caused by unfair business practices is to be increased. Among other things, fines of up to 4% of the company’s annual turnover for widespread violations and widespread violations with a Union dimension in the context of coordinated actions are anchored.

Gerald Loacker (NEOS) justified the non-approval of his group with reference to partly highly critical statements in the review procedure. These had expressed the fear that, contrary to the intention of the EU Directive, this could lead to a reduction in consumer protection.

In the view of Johanna Jachs, a member of the Austrian People’s Party (ÖVP), the implementation has succeeded in finding a good balance between the interests of consumers and the economy. Ulrike Fischer (Greens) said there were significant improvements for consumers, for example in legal protection, information obligations and the processing of personal data by companies.

FPÖ and NEOS criticize the level of chamber fees

The FPÖ sees additional burdens for “compulsory members” of the Austrian Chambers of Commerce due to rising chamber fees caused by inflation. FPÖ deputy Erwin Angerer therefore demands that the Austrian Economic Chambers should waive the chamber fees that are increasing as a result of inflation or pay them back to the “compulsory members” (2559/A(E)). In addition, the Freedom Party advocates the complete abolition of multiple compulsory memberships to the specialist groups or associations of the economic chambers.

The Social Democrats Rudolf Silvan and Christoph Matznetter take up considerations of the EU Commission to use the excess profits of energy companies to fight energy poverty among the population. The Austrian government should draw up a package of measures to tax these additional profits and earmark the revenue for anti-inflationary measures and for the expansion of renewable energy sources (2639 A/(E)). Due to the current pricing on the electricity market, energy producers with low generation costs, such as hydropower, would make horrendous profits, criticize the Social Democrats.

In view of the great shortage of skilled workers in Austria, the SPÖ demands that the funding cap of €250 million for apprenticeship funding introduced in the Budget Accompanying Act 2020 and applicable from 2023 be lifted again (2640/A(E)). Otherwise, there would be a lack of funds for boarding school accommodation for vocational school students, for stays abroad by apprentices, for preparatory courses for the apprenticeship-leave exam, etc., warned SPÖ Member of Parliament Petra Oberrauner in committee. Eva-Maria Himmelbauer said that they were naturally responding to the increased demand. She referred to talks already underway with the Ministry of Economics to take account of the additional financial requirements.

The NEOS demand a flexibilization of store opening hours. In a motion, they refer to self-service farm stores (2163/A(E)), which help farmers to generate more income through direct marketing. Karin Doppelbauer (NEOS) argues that exceptions in favor of automated self-service stores in the Opening Hours Act should take into account the strong increase in demand.

Austria is besides in the international comparison very restrictive with the regulation of the goods sales on Sundays, raise the NEOS in an initiative request to the opening times law (2194/A). What is necessary is equal treatment of stationary and online trade in the type of purchase of goods for short-term and daily needs by allowing delivery on Sundays as well. In times of online ordering, it is not comprehensible why certain foodstuffs can only be ordered in prepared form, while for others delivery is allowed on any day, Gerald Loacker (NEOS) said in committee.

Minister of Economics Martin Kocher emphasized that he was basically open to a discussion about opening hours. As far as regional suppliers were concerned, he pointed out that the provincial governors could already impose regionally different opening hours. However, this possibility has hardly been used so far.

NEOS: Transparency with use of chamber of economics contributions and “head prohibition” with advertisements

The Minister of economics has to make arrangements that the chamber of economics uses the obligation contributions of its members responsibly, demands Gerald Loacker (NEOS) an appropriate reform package of Federal Minister Martin Kocher (2610/A(E)). In the sense of expenditure transparency, the Economic Chamber would have to comply with the valuation and accounting rules according to the Austrian Commercial Code (UGB) and disclose the financial statements of the chambers and professional organizations on its website. Loacker further wants to limit the upper limit for advertising costs of the Economic Chamber with € 1 per member and demands for the Economic Chamber as part of the Austrian self-government the “head ban” for advertisements (ban to depict politicians in advertisements), as it applies to government advertisements, Loacker said. (Conclusion Economic Committee) sox

The post Economic Committee: Rights of consumers:inside in online purchases are strengthened appeared first on TOP News Austria – News from Austria and around the world.