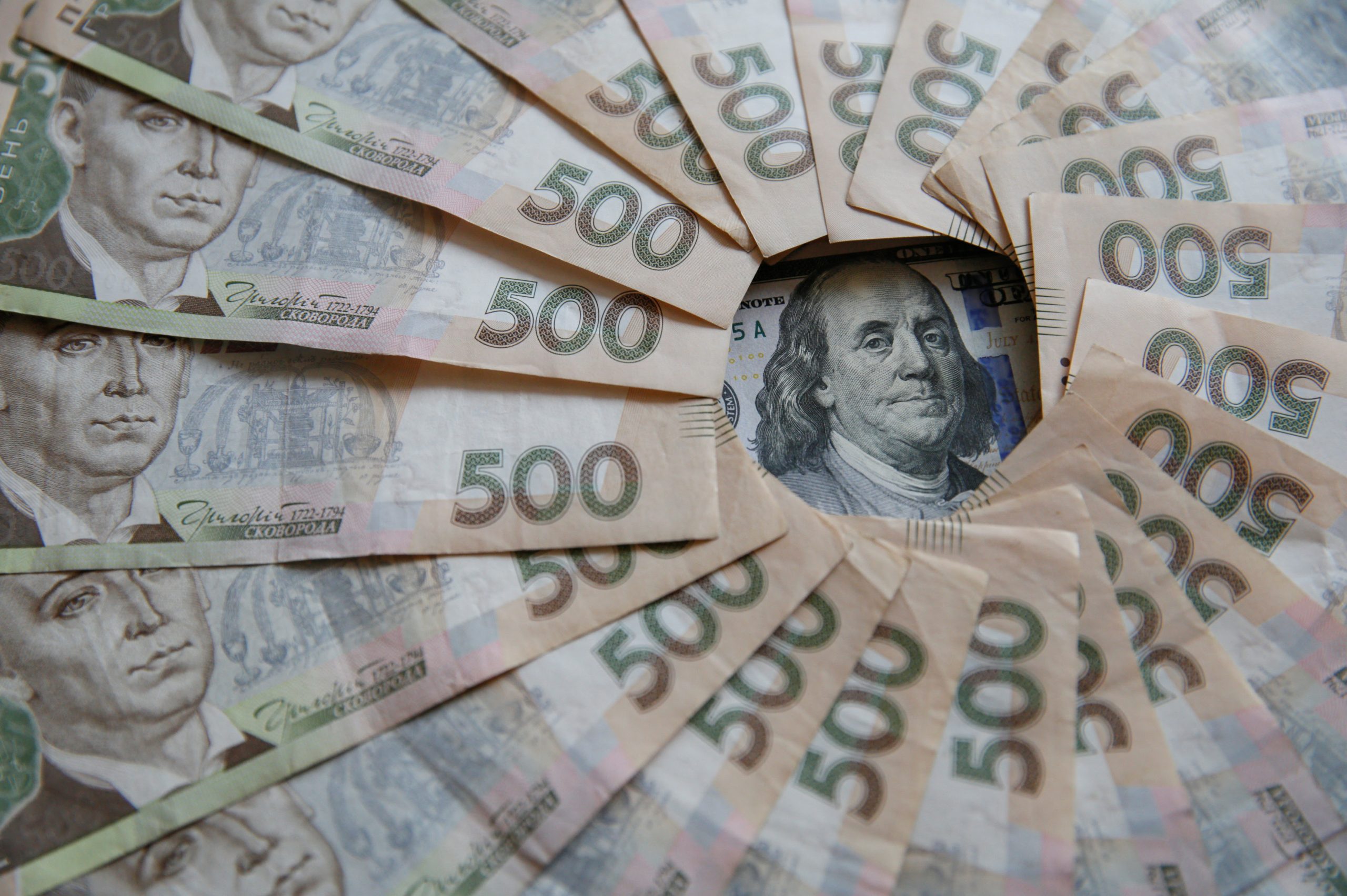 The sharp devaluation of the official exchange rate of the hryvnia by the National Bank of Ukraine (NBU), which occurred on July, 21, was both a long-expected and surprising event.

The national exchange rate has been fixed since Russia’s invasion on February 24. Meanwhile, the national economy shrunk by 35-50% during the first months of the war and is expected to fall by one-third in 2022 on a yearly basis. In addition to the economy contracting, the budget rapidly accumulated the fiscal deficit: for the first half of the year, it accounted for 405 bln hryvnias ($13.8 bln, according to the rate fixed since Vladimir Putin ordered Russia’s armed forces to invade Ukraine).

The NBU actively monetized the deficit by buying government bonds. The war has spurred on the non-monetary drivers of inflation; a market deficit of some commodities, far more expensive transport logistics costs, high uncertainty and bad market expectations. As a result, the Consumer Price Index reached 21.5% in June, on a yearly basis – which was twice more than for the whole of 2021.

The certain recovery of economic activity since April, as well as additional needs to import military equipment,  caused the acceleration of imports that rapidly exhausted currency reserves. Balancing the currency market with a fixed exchange rate, the NBU lost $4.8 bln of international reserves during the four months of the war – 17% of its size by the end of February. In total, the NBU sold $11.4 bln for the period.

Consequently, the NBU tried to cope with the macroeconomic imbalances by raising the discount rate to 25% on June 3. However, it did not reverse the flow in favor of hryvnia assets as the bank authorities believed, with which they used to justify their decision. As a result, the correction of the exchange rate became inevitable. The only concern has been in the proper time moment and scale of this change.

On the other hand, the depth of the official devaluation was unexpectedly high – the hryvnia/dollar rate increased overnight from 29.25 to 36.57, and the economy lost one of its most important inflation anchors, which can further deteriorate inflationary expectations.

The market has since begun to probe the margins of purchasing capacity, which will define the scale of acceptable price corrections. Speculative races have already started at street currency desks, where the hryvnia/dollar rate for a week after the devaluation soared, reaching ₴41/$1, and even higher, at one point.

Some optimism, concerning the limited influence of devaluation on the inflation rate, can follow a sharp decline in the incomes of consumers who have been affected by the war. In addition, some “hot money” has been bounded during the aforementioned currency hype. The general shift in the price scale, however, cannot be avoided due to the correction of costs involving imported components.

The positive effects of devaluation prevail

The latter has decisively unloaded the fixed exchange rate maintenance. In July, the NBU was able to buy currency to refill reserves to the tune of $900 mln. The budget will benefit from import taxation (VAT for import and import duties were restored on July 7 after being suspended at the beginning of the war).

The international aid received by Ukraine becomes much more significant in its hryvnia equivalent and exporters now have a chance to improve their financial status as the NBU most likely coordinated its moves to coincide with the unlocking of grain exports from Ukraine’s Black Sea ports. National producers should enjoy less pressure from imports, meaning more resources can be targeted towards local manufacturing.

The National Bank of Ukraine’s headquarters in Kyiv.

Losing price competitiveness in the market of finished products exported to Ukraine, foreign partners could benefit from increasing demand for the equipment, processing agricultural products, locally provided utilities – water, energy supply and heating – as well as other goods and services that will be needed once the Russian-occupied territories in the east and south of Ukraine have been liberated.

While developing its policy, the Ukrainian government should mitigate the potential risks of devaluation and accelerate its expected positive impact on short-term growth and local income. Its top priorities should be: export promotion, cooperation with its European partners to fix transport and border bottlenecks; the forced recovery of national production (this may include the recovery of foreign direct investment inflows into relatively safe regions that are covered by appropriate international insurance instruments); the efficient allocation of increased budget revenues for appropriate servicing of social payments and wages in the budget sector; support for domestic sales; and investments into the recovery of damaged assets.

The recent steps by the NBU, including sharp rises in the discount and exchange rates, facilitate the task of institutional improvement of Ukraine’s monetary policy. By relying on common rational reactions to the quantitative monetary regulations during wartime, the bank risks more unexpected hyper reactions by economic agents, which can deteriorate macroeconomic imbalances.

The NBU should be more predictable at a time when the country is dealing with Europe’s largest and bloodiest invasion since the Second World War. Its communication with the government should allow consolidated complementary policies instead of consecutive reflective reactions ad hoc.