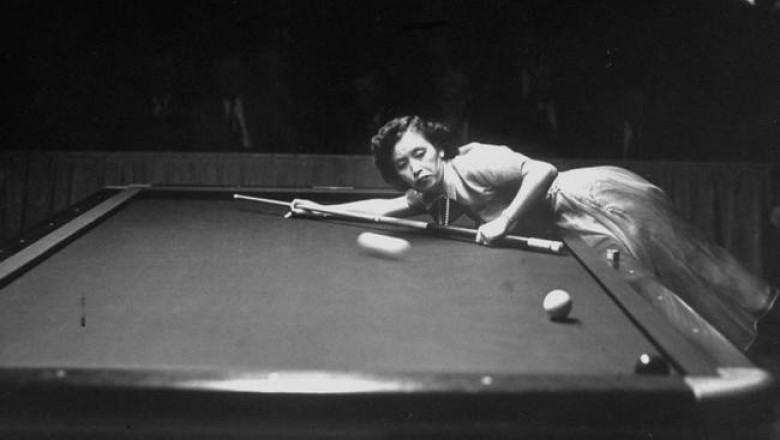 Masako Katsura was called the “first lady of billiards,” and she won one title after another despite censure and criticism. She became the first woman to play billiards professionally. People came to admire her and left stunned by her talent and unsurpassed tactics. This amazing woman deservedly took a place in the World Billiard Hall of Fame and proved to the world that women can compete on a par with men in this intellectual sport.

The tragedy of Masako

In 1925, as a 12-year-old girl, Masako Katsura lost her parents. She had to move in with her older sister and her husband, who owned a small billiard room. The sport was just gaining popularity in Japan, but was only played by men. The girl showed an interest in the game, constantly running up to the table and trying to do combinations with balls, watched by the players.

The owner let the girl help him. She began taking balls out of the players’ holes, arranging them on the table, polishing and handing out cues. Regular owners used to perky girl, and some let her hit the cue ball, which she was unspeakably happy. She wanted to be at the table with the other players, it was her cherished dream.

It soon became clear that Masako was seriously interested in billiards. Her sister bought a small game table for her so that the girl could practice. At the age of 15, the girl decided to participate in the championship. She competed against professional players in her age category and won.

There was no doubt – Masako Katsura began to engage in billiards seriously, although this activity for a Japanese girl was unacceptable and censured by society. She had to endure a lot of criticism, but Masako showed character and continued playing. Moreover, she got her younger sisters involved in the game, who later also repeatedly won competitions at various levels.

In 1937, Masako Katsura met fatefully with Kinri Matsuyama, a multiple world champion in billiards. He appreciated the talent of the girl and began to train her. Later he repeatedly confessed that he was amazed by the girl’s abilities, never before had he seen such gifted female billiard players.

Later, Masako twice took second place in the national championship of billiards in Japan. It was rumored that the only reason she did not win was because she was a woman. After her marriage and emigration to the United States in 1951, Masako’s career took off. At the World Championships in 1952 she took fourth place, which was a real breakthrough. Before that, women had never competed in championships at that level.

Masako Katsura was an amazing woman, intelligent and talented, who had her own inner core and was not afraid of judgment. Although she never rose above the fourth place in world tournaments, it is difficult to overestimate her contribution to the development of women’s billiards. Exactly Masako became the one who taught the world the idea of women’s participation in professional billiards.

Many reigning champions confessed that Masako’s appearance bribed them and misled them. She was frail, small, like a porcelain doll put on heels, but she had an unrivaled ability to play. Very soon she became known as “the first lady of billiards. People came to the game just to admire Katsura. In 1990 Masako returned home from the U.S. and became a national hero of Japan.

She died in 1995, but her memory is still alive today. In Japan she opened billiard schools that accept not only boys, but girls as well, something that was impossible 50 years ago. She broke the gender barrier and remained the “progenitor” of women’s billiards not only in Japan, but all over the world.