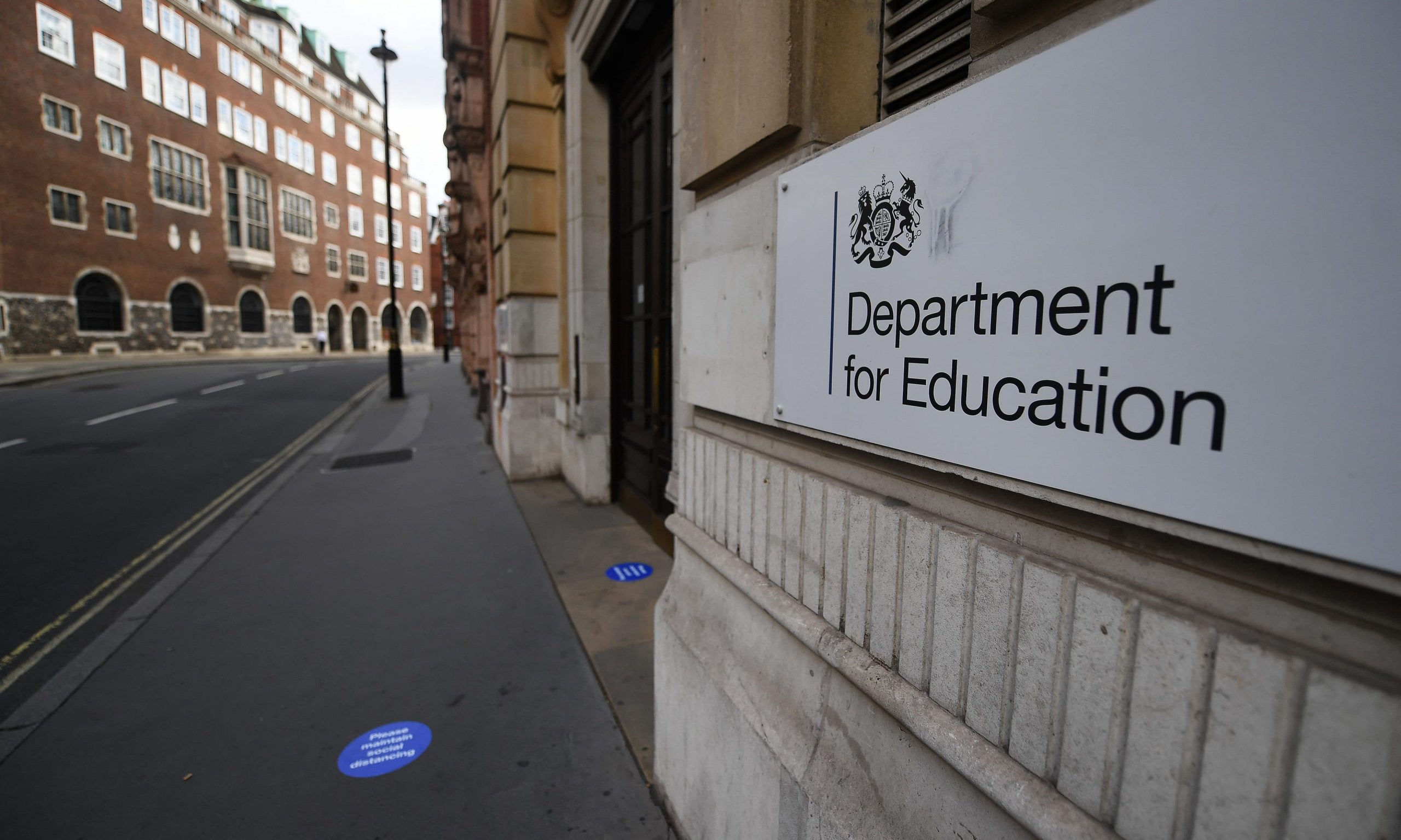 “If you don’t know your own history, you are a child,” Peter Hitchens said in a 2015 interview with the odious Owen Jones. Douglas Murray echoes him, having stated on more than one occasion that without knowing where one has been, it is impossible to even guess what the future might hold.

This has been in my mind rather a lot recently, not only because both men are eviscerating my schooling in a collateral way, but also due to the fury of the political Left over historical events that they barely understand. Yet since the best place to start is always the beginning, I shall briefly describe my schooldays.

From the ages of seven to eighteen, I attended RGS Worcester, a private school with many claims to fame, including the fact that it is the sixth oldest educational institution on the planet. When I first began attending, it was an awe-inspiring place: the teachers (or masters, as they were known in the old style) strode majestically around the grounds, followed by their chalk-encrusted, billowing gowns; the older students of seventeen or eighteen years wore suits with pride, carried briefcases and umbrellas, with The Times or The Telegraph tucked under their arms, talking about politics or finance, very much gentlemen in the making; and the younger lads looked up to them, seeing them as people to aspire to be like, and while they were wearing the school uniform rather than the suits of their elders, they still carried themselves with pride.

It changed for my generation; like a microclimate of England as a whole, everything that was old and traditional suddenly became vilified. ‘Management’ took over the old culture, which might have been fusty and a little priggish, but there was a sort of atmospheric pressure which ensured that everything turned out as it should. That went, though – newer teachers brought with them the humourlessness of political correctness, and their smiling faces did little to disguise their disdain for anyone with a dash of individuality (I speak, you gather, from experience).

The students, too, were different. No longer did eighteen-year-old chaps take pride in their appearance, instead of shedding themselves of their suit jackets whenever they could, rolling up their sleeves and tying their ties to stubby things with a ludicrously large knot. Boys from wealthy households did their best to emulate working-class accents and tried to befriend the lads from state schools who mocked them behind their backs.

All of that can be attributed to the cultural collapse that has been steadily hitting Britain in waves since the 1990s, but the standard of education seemed to slip in tandem. For a start, the same topics were taught almost every single year: in history, we covered the English Civil War twice, the Tudors thrice, and the Russian Revolution no fewer than four times. This, the staff seemed to think, was a good thing; as one of the teachers told my mother, “Don’t worry, they’ll do fine in the exams – we’ve done the same material for four years”. Suitably shocked, mother asked, “Is that what I’m paying for?”.

Well, as it turns out, that was exactly what she was paying for – not an education, but a route to pass exams. English Literature was hardly any different; to this day, I can only quote Othello, A Midsummer Night’s Dream and A Streetcar Named Desire because they managed to get onto the syllabus every year.

The consequences will not be surprising to you, I’m sure. I once heard one young woman, eighteen years of age and studying for her A-Levels (and an A* student, at that), declare “The attack on Pearl Harbor started the Vietnam War”. Someone else asked, in an Ancient History class, what language it was that the Romans had spoken, while her friend believed the Falklands Islands to be off the coast of Scotland – how she imagined Argentina had managed to launch an invasion in the Irish Sea from the South Atlantic, only she would know.

As much as I am in the habit of scoffing at those who describe themselves as ‘self-educated’, I’m not all that different – my passion for medieval history, the life of Napoleon, the American Civil War and the Roman Empire all came from my own studies at home. There was also the Opium War, European colonialism, the Three Kingdoms of Ancient China, along with the literary works of P. G. Wodehouse, George MacDonald Fraser, and Patrick O’Brian. My proficiency in French came solely from my family owning homes there, and not from my teachers who, it became clear, really only had a tentative grasp on the language.

“Just like for us in English, the French never use ‘one thinks’, or ‘one does’, which would be ‘on pense’ and ‘on fait’ respectively,” Mr. Vetch once said knowingly. “It would be considered old-fashioned today in France.” Balderdash, says I. Likewise tripe. They use it all the time, principally to mean ‘we’, in lieu of (or, a lieu de if you like) of the more formal ‘nous’. Read my column and I’ll get you through your GCSEs, my lad.

But to return to the point, which is that in today’s world even grand old institutions like my former school are churning out people who know little about their own country and less about the wider world. Children no longer attend such places to receive an education, but instead to receive a set of letters on a piece of paper which then dictate what calibre of university they are authorised to attend. If you’ve ever found yourself speaking to someone who went to a good school and prestigious university but then wonders why they’re as brainless as a bat, hopefully, you can now see the problem. Intuition, personality, opinion and character no longer count – it matters what piece of paper you own, and what is written on it.

Now, while all this might make me sound like a grumpy old man rather than a chap hanging on like grim death to what remains of his 20s, like the United Nations looking at any violent bloodbath, it does give me cause for grave concern. If I were to believe what most of today’s Leftists were saying, I’d be under the impression that the British Empire had been solely focused on making sure that everyone in Africa was in chains, and that its reign over the Indian subcontinent was one of extreme tyranny; I would have no knowledge of the decades-long campaign that the Royal Navy fought to break the back of the slave trade, or the passion of abolitionism in England and much of North America, or the outlawing of Thugee (ritualised murder) or suttee (ritualised widow-burning) in India. If I were a disciple of the modern Left, history would be entirely black and white (if you’ll pardon the expression), as opposed to the shades of grey that it truly is.

I can’t begrudge my experience of education; after all, it was the best kind of environment in which one could hope to go to school, without the violent horror stories one occasionally hears from UK state schools. But it taught me next to nothing – and from what I’m seeing of politically active young people, I hardly think I’m alone. Tearing down statues is all very well, but you might want to research the person depicted first. Why, just this year, did CNN describe Mount Rushmore as a ‘monument to slave owners’, apparently unaware that President Lincoln worked rather hard to destroy slavery in North America and President Teddy Roosevelt was from the free-state of New York and was all of 4-years-old when Lincoln signed the Emancipation Proclamation.

I do hope things have not fallen quite so far in Europe. These sorts of approaches have a nasty habit of recoiling – although Britons and Americans are being taught that their countries (and by extension the original denizens therein) are wholly evil, a knee-jerk reaction against this historical revisionism could lead to future schools of thought teaching the direct opposite, and the crimes of a country being swept under the rug while its triumphs are glorified to worrying extents. At the risk of repeating myself, I will end with this: while the Left has some legitimate complaints, observations and beliefs, the more it looks for imaginary foes to defeat, the more it ends up creating them.  Societal reform must start with education, else it’s akin to building a house on a rotten foundation – a direction Britain has taken, but one I’m keen for everywhere else to avoid.