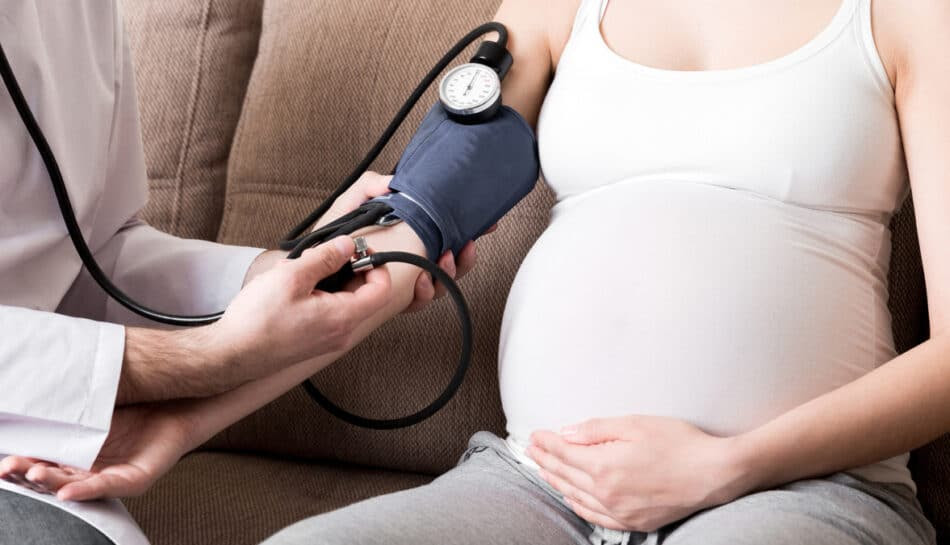 May is the Preeclampsia Awareness Month, dedicated to one of the most common life-threatening pregnancy disorders and leading causes of both maternal and infant mortality. With no accurate test or medical treatment available, the most reliable approach to preeclampsia remains to induce labor, often prematurely, making the condition a major cause of preterm birth. Preterm birth, in turn, is a source of serious health complications and the leading cause of death in newborns.

Each year, some 15 million babies worldwide are born too early, at less than 37 weeks of pregnancy. Of those, 1.1 million don’t survive, leaving heartbroken families behind. Infants who survive often suffer a host of problems, even chronic disability—the brain, lungs, liver, and other vital organs need the final weeks of pregnancy to fully develop.

In the EU, between 5 and 10 babies per 100 pregnancies are born prematurely. In the United States, with one of the world’s highest standards of living and the most sophisticated health-care system, one in 10 babies on average are born preterm, among the highest in the developed world. Not surprisingly, multiple births carry a higher risk and are seven times more likely to be preterm than singletons.

Whatever the contributing factors, preterm birth has serious and long-lasting health and developmental consequences, many of which persist into adulthood.

Babies born too early—especially before 32 weeks—have higher rates of death and disability. They may suffer any number of serious complications including acute respiratory, gastrointestinal, immunologic, central nervous system, hearing, and vision problems. They are also more likely to have learning and behavioral problems throughout childhood and beyond, although these may not appear until elementary or middle school.  In addition to premature births, babies born weighing less than 2.5 kilograms face health and developmental risks associated with low birth weight alone. Needless to say, the emotional toll on families is enormous.

In my work as a pediatrician, I have cared for preterm and low birth weight babies and seen the stress and worry of mothers who wonder if their babies will survive and whether they will ever catch up to their peers born at full term. The experience has been particularly traumatic for mothers separated from their hospitalized preemies during the Covid-19 pandemic, unable to nurse or care for their newborns.

The financial toll of preterm birth is also immense – for families, the education and health systems, and societies as a whole.

An American study by the Institute of Medicine put the cost associated with premature birth in the United States at $26.2 billion in 2005. ​​For each child born prematurely in 2005, medical costs came to about $32,300, ten-fold higher than for full-term infants – that’s just for the hospital care during and immediately after birth. A 2019 study in the Journal of Perinatology showed average medical costs of $76,153 for preterm babies and $114,437 for low-birthweight babies.

About one in three children born prematurely needs special school services at some point during their school years. The Institute of Medicine estimated these services to cost an additional $2,200 per year for each child.

Preeclampsia, which affects between 5-8% of mothers worldwide, is a major contributor to preterm birth, but it is not the only cause. What, then, causes premature births? How can they be prevented? There are various risk factors, both behavioral and medical. Medical risk factors include diabetes, high blood pressure, and infections. Controlling such risk factors can be difficult and expensive, but there are also fairly simple behavioral changes that can reduce the risk.

We, physicians, counsel expectant mothers to avoid smoking, drinking alcohol, using illegal drugs, and abusing prescription medicines. Women should be sure to get to a healthy weight before pregnancy. And as soon as they know they are pregnant, they should get their first prenatal care appointment and then continue regular checkups with their obstetrician. But there is more.

We’ve long known of a close correlation between maternal oral health and pre-term birth. Several randomized trials testing the efficacy of expensive dental procedures, such as scaling or planing, have not demonstrated improved pregnancy outcomes. At the same time, a recent, rather surprising study showed that simply chewing sugar-free gum—yes, gum—can significantly reduce the risk of preterm births.

How did the idea for the study come up? Researchers have known that xylitol, a sweetener commonly used in many sugar-free gums, can reduce tooth decay by increasing the flow of saliva, which protects tooth enamel and neutralizes dental plaque, reducing the risk of periodontitis. It also neutralizes acids and supports tooth remineralization. But the effects of sugar-free gum on preterm births were unknown.

A group of US-based researchers set out to discover whether such a seemingly small intervention can really make a difference. To test whether chewing xylitol gum reduces the incidence of preterm births, they looked for an answer in a rural area of Malawi, a country in central Africa with the world’s highest known proportion of preterm births – 21 percent.

They studied more than 10,000 women over a period of six years. All of the women were given instruction in oral health and prenatal care. About half of them were told to chew xylitol gum daily; the other half weren’t told to chew gum.

The result was statistically staggering: The randomly chosen gum-chewing group had 24 percent fewer preterm births. The total cost was just $41 per patient, making sugar-free gum not only an extremely effective, but also affordable and easily accessible intervention.

The study builds on earlier research showing that gum helps reduce acidity and relieve nausea in pregnancy, especially in the early months, in addition to helping prevent periodontitis. Obstetricians recommend gum in the first 24 hours after a C-section following another study demonstrating faster recovery and shortened hospital stay. Some therapists specializing in anxiety and trauma recommend gum to patients to cope with stress—another risk factor in preterm births.

While we have no accurate diagnostics to predict preeclampsia and no approved pharmacological agents available to treat or prevent it, World Preeclampsia Awareness Month is a reminder that we should reduce the premature birth risks that we can, using all the scientific knowledge we possess.